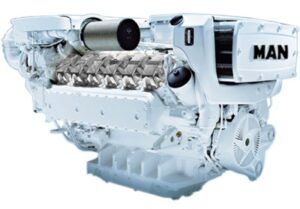 This is a service guideline for Common Rail MAN marine engines. The MAN common rail engine started appearing in marine applications in 2005 and is still widely used today in horsepower applications from 600hp to 1550hp.  It was regarded as a huge leap in technology from the old non-common rail MAN engines due to its increases in fuel efficiency and performance and its decreases in vibration, smoke and noise. The MAN common rail engines are known for running strong and having few major issues. The biggest drawback of them however is the service.  The intervals required by the MAN maintenance plan are more frequent and comprehensive than other engine manufacturers…meaning they are more expensive to maintain.  In addition, you need to be aware of where your nearest MAN … END_OF_DOCUMENT_TOKEN_TO_BE_REPLACED