Both Gyro and Fin Stabilizers are a great way to reduce the rolling and pitching on a yacht.  Having this technology onboard will make cruising and time at anchor more enjoyable, especially for those that are prone to motion sickness.

Image of a Seakeeper Gyro Stabilizer

What is a Gyro Stabilizer?

It is a computer controlled gyroscope, which is comprised of a flywheel that spins at speeds of up to 10,700RPM and is tilted fore and aft in a range of up to 140 degrees to counteract the wave motion imposed on a yacht.  Modern Gyros have been in use in recreational yachts since about 2007.

This video of a Seakeeper Gyro Explains it perfectly:

Benefits of a Gyro Stabilizer:

Considerations and Drawbacks of a Gyro Stabilizer: 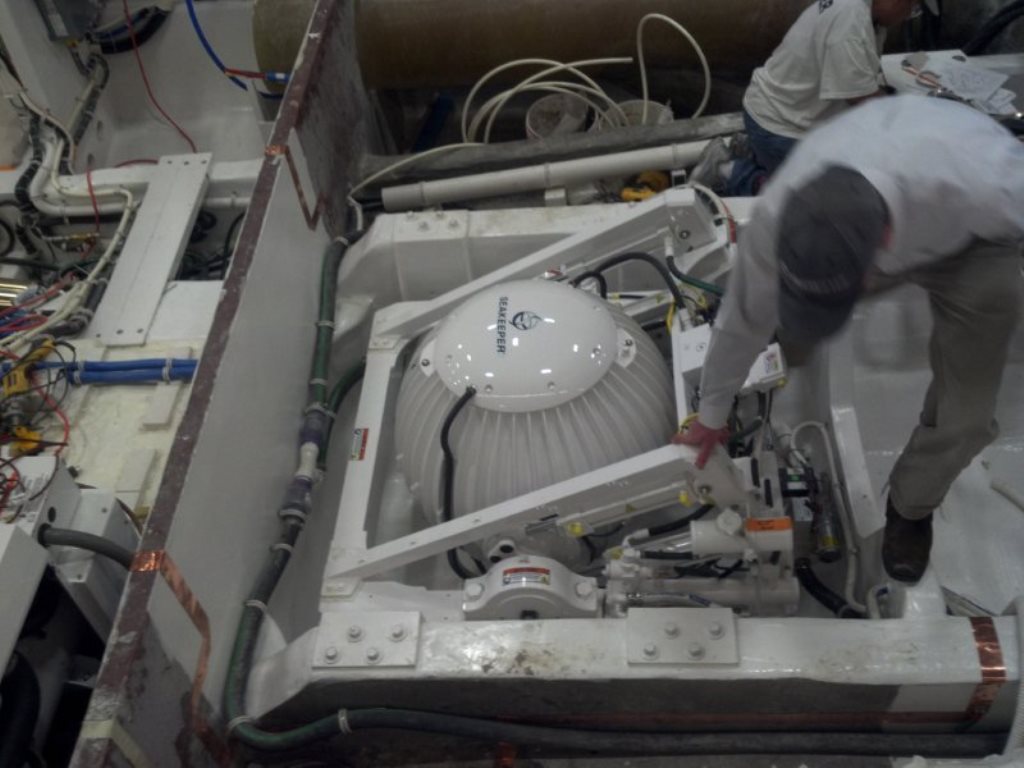 What are Fin Stabilizers?

They are fins mounted beneath the waterline of a yacht that emerge laterally at a downward angle.  The fins are computer controlled and have the ability to change their angle via a hydraulic system to counteract roll caused by waves or wind. 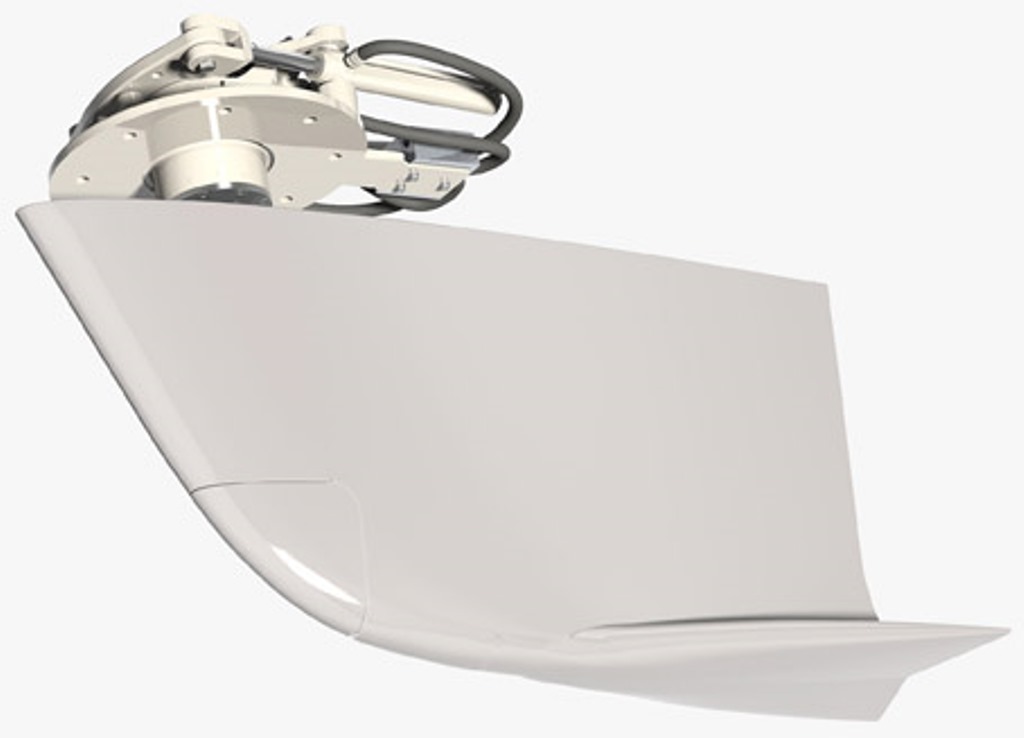 Modern stabilizer fins have been in recreational yachts since the 1990’s.  Since their introduction, they have become smaller and more effective in countering roll forces as new technology has emerged.  In the last couple years there have been some large advancements in fin technology, enabling them to be effective even when a yacht is at a standstill, just like a Gyro stabilizer.  In addition to the “Zero Speed Stabilization”, fins are also available that will fold up close to the hull to reduce drag, or even retract to reduce surface area…both designs resulting in less loss of speed caused by fin drag.  With traditional stabilizer fins you can expect to lose a knot or 2 of speed due to drag, which is why more performance oriented yachts had opted for a gyro stabilizer before those new reduced drag fins became available.

The below video illustrates how a stabilizer fin works (this illustration happens to be for the Zero Speed Stabilizers that also work while the yacht is at a standstill):

Considerations and Drawbacks of Fin Stabilizers:

In Summary, both the Gyro Stabilizers and Fin Stabilizers are viable options to keep your yacht stable and your guests feeling comfortable.  Depending on the type of yacht you own, its layout and its intended use, one of them should come out as the better option.  For installation on a new construction yacht, consulting with the manufacturer’s engineers will make the decision more clear.  For a retrofit, I would recommend consulting an experienced yacht engineer to make sure the right decision is made.

The direct benefit of the stabilization systems is clear, but also from a yacht broker’s perspective it will result in increased value and desirability come re-sale time.

If you would like to further discuss either Gyro Stabilizer of Fin Stabilizer systems please feel free to reach out to me, Jimmy Rogers, CPYB at 727-453-0422 or e-mail Jimmy@TGYG.com.